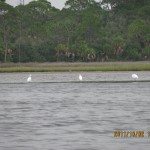 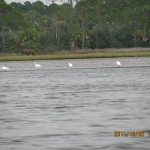 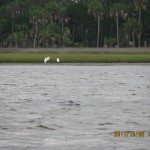 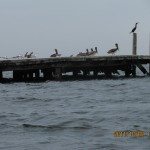 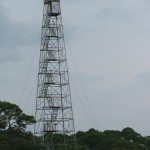 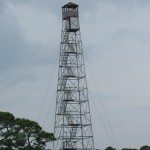 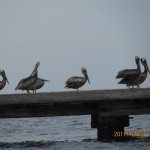 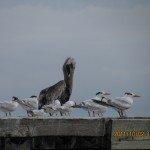 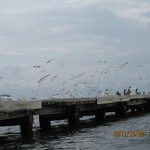 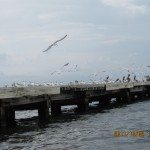 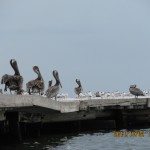 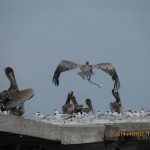 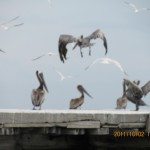 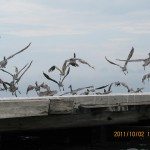 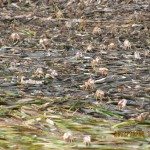 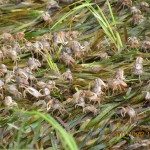 This past week we took a few days off and went to Cape San Blas prior to the storms coming in.

Thursday was a great day to hang out on the beach and do nothing and enjoy the R&R.

I tried to fish but only caught one cat fish as the surf was starting to get  rough.

Friday morning got up early and kayaked in the Bay. The water in the beginning was  overall calm until we got out in the open and the winds starting kicking up. This gave us a major work out as you were going against the wind and the current.

Saw a lot of stingrays out for their morning feeding as well as the fiddler crabs coming out of the water by the thousands.  They literally covered the ground as you can also see in the attached Gallery of  Photos.

We came across the Eglin Air Force area along the bay and you can see by the photos that the Pelicans and Sea Gulls were taking over the abandoned dock.

After a couple of Hours of fighting the wind we decided to call it a day and head into town and enjoy lunch at Peppers in Port St. Joe.

Will Home Prices Fall This Year? Here’s What Experts Say.
May 11, 2022
Go to Top
Skip to content