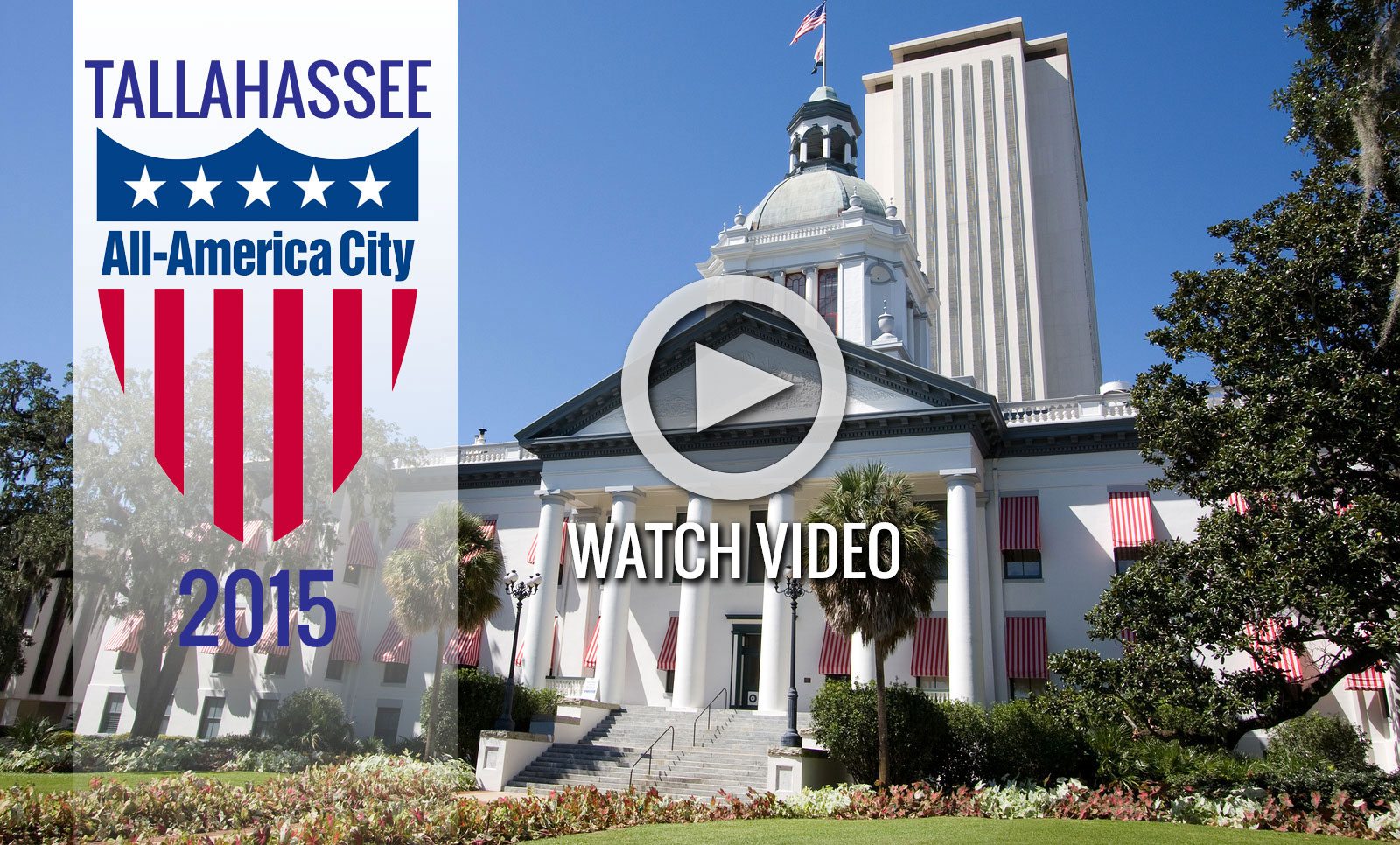 Judges from the National Civic League named Tallahassee as one of the ten cities to win the award Sunday evening. Judging is based on the overall level of community involvement in solving critical problems, including public-private partnerships.

“For those of us who call Tallahassee home, the All-America City award validates what we’ve known for so long – that we have one of the greatest cities in all of America,” Mayor Andrew Gillum said. “Everyone in Tallahassee should be proud, because winning this award is the result of the entire community working together to address our challenges and reach for even higher heights.”

Tallahassee’s three projects that were submitted as a major part of the application for the All-America City award included Cascades Park, Distinguished Young Gentlemen (DYG) and Neighborhood Reach.

Cascades Park is a 24-acre, state-of-the-art stormwater management facility that is cleverly disguised as a world-class park in the heart of downtown Tallahassee.

Neighborhood REACH is a collaborative, holistic initiative that brings together a variety of City and community services focused on improving the quality of life within Tallahassee’s traditionally low-income and older neighborhoods.

This is the second time that Tallahassee has won the All-America City award; it was first recognized in 1999.

Homeownership Is a Great Hedge Against the Impact of Rising Inflation
June 24, 2022
Go to Top
Skip to content